Nail dystrophy describes any deformity or abnormality of the nail plate, bed, or matrix. While nails are not technically considered to be part of the skin, they are considered skin appendages along with sweat glands, sebaceous glands, and arrector pilli (the muscles that cause hair follicles to stand up straight with goose bumps), and are thus commonly treated by dermatologists. There are a plethora of conditions and diseases that can cause nail dystrophy – the most common of which are discussed below.

Onychomycosis, also known as tinea unguium, is a fungal infection of the nail matrix, nail bed, and/or nail plate that causes the nail to grow thick and discolored – usually yellow but black, green, and white discoloration have also been reported. It is the most common form of nail disease and besides changes in nail appearance has no other symptoms unless the infection is left untreated and becomes severe, in which case it can cause pain and can open the door to other opportunistic infections – especially if the affected individual has diabetes, HIV, or is otherwise immunosuppressed. Often, however, the worst symptom of onychomycosis is psychological due to the undesirable changes in nail appearance.

The most common pathogen associated with this form of nail dystrophy is the dermatophyte trichophyton rubrum, but other species of dermatophyte, candida, and neoscytalidium molds have also been identified as the causative pathogen. Onychomycosis is contagious and some risk factors that increase likelihood of catching this disease include going barefoot in public bathing areas, wearing shoes and socks that inhibit ventilation, male gender, diabetes, previous trauma to nail, circulation problems, and being immunosuppressed. It rarely appears on the fingernails while toenails, especially that of the great toe, are most commonly affected.

Unfortunately, onychomycosis is difficult to treat and has a high rate of recurrence. However, it is important to treat nail fungus because, though it may have no initial symptoms besides changes in appearance, this infection will only rarely resolve on its own and can eventually cause permanent damage to the nail and can lead to serious complications. Topical treatments such as efinaconazole and tavaborole have low cure rates and require consistent daily treatment for 48 weeks. They may be effective to treat mild cases, but in more severe cases they cannot penetrate the nail plate and oral therapy or surgical care is required to achieve complete cure. Oral anti-fungal agents such as terbinafine, itraconazole, and fluconazole are much more effective but carry the risk or liver damage. Therefore, it is important to monitor liver status through blood tests during this therapy. Finally, the nail may be treated surgically through the use of laser and light technology or through removal of the infected nail. Oral, topical, and surgical treatments are often combined to increase cure rates. Home remedies are generally unsuccessful.

Paronychia is an infection of the area where the nail plate meets the skin. This infection appears red, swollen, hot, and is painful. There are two types of paronychia – acute and chronic. Acute paronychia is almost always bacterial and is the result or minor trauma. It can be treated with topical and oral antibiotics and rarely needs to be drained if an abscess forms. Chronic paronychia is usually caused by a fungus and appears when the cuticle separates from the nail plate. This open space is easily infected and can harbor pathogens. The cuticle is usually separated by excessive or repetitive contact with chemicals such as soap but can also be caused by trauma. Treating chronic paronychia involves identifying and discontinuing the causative factor and administrating topical steroids and anti-fungal agents. If resolution is not found with these agents then the nail fold may need to be removed surgically.

Onychocryptosis, also known as an ingrown nail, is a common condition that causes one or both sides of a toenail to curl inward and cut into the nail bed. It is caused when shoes apply downward pressure on the nail and is very rare in cultures in which shoes are not commonly worn. This condition most commonly effects the great toe and significantly increases risk of infection and should therefore be treated. For minor cases this can be as simple as warm salt water soaks, antibacterial ointment, and using one of many methods to mechanically lift the nail to prevent it from curving into the surrounding tissue. Consult you physician to devise a method that works for you. In more extreme cases, however, surgical removal of the offending nail is necessary and, if the problems reoccur, the nail matrix may be destroyed to prevent the nail from growing. Onychocryptosis can be prevented by wearing well-fitted shoes and trimming toenails in a straight line as opposed to following the natural curve of the toe.

A subungual hematoma is a bruise under nail that is the result of repetitive trauma that causes the nail plate to separate from the nail bed, creating an open space in which blood can pool. This can be very painful and is often the result of poor fitting running shoes and is thus commonly known as runner’s toe. Treatment involves finding properly fitting shoes and allowing the nail to regrow naturally, a process that can take many months. In extreme cases the hematoma can be drained by creating a small hole in the nail.

Melanonychia is pigmentation of nail bed that is very common in African American populations and may be a result of trauma, infection, and other inflammatory diseases. However, it is extremely important to have this condition examined by a physician because it is a classic symptom of subungual melanoma – a serious cancer that has a high malignant potential. This is especially true is fair-skinned individuals.

Onychogryposis is a hypertrophic growth of the nail plate that results in long and curled nails that resemble claws or the horns of a ram. It is most common in elderly persons and is caused by a mix of trauma, genetics, and neglect. These overgrown nails can be treated by a podiatrist.

Median nail dystrophy is a rare condition characterized by the formation of a central longitudinal depression in the nail plate that extends from the cuticle to the edge of the nail. In some cases this is caused when the cuticle is pushed backwards, but in many cases the cause is unknown. It typically appears on the thumb, has no further symptoms, and usually resolves on its own within a few years.

Finally, nail dystrophy can be a symptom of internal diseases or a side effect of medications. Onychorrhexis is a condition characterized by brittleness of the fingernails and toenails that is the result of overexposure to certain chemicals such as strong soap or acetone (nail polish remover), is a symptoms of anemia, hypothyroidism, eating disorders such as anorexia nervosa or bulimia, or is a side effect of oral retinoids such as isotretinoin (accutane). Treatment of the causative factors should resolve onychorrhexis. Koilonychia is a symptom of iron deficiency and begins as thin nails that break easily. Eventually the nails become flat or may even curve upward. For this reason this condition is also known as spoon nail. Nail dystrophy can also be a side effect of certain chemotheraputic medications.

Rarer diseases that involve nail dystrophy include onychophosis (hyperkeratonic tissue appearing in the lateral nail folds in eldery populations), Longitudinal erythronychia (a symptom of lichen planus and other inflammatory diseases), and Onychomatricoma (a nail tumor that mimics other nail diseases). Some terms that may be used to describe nail dystrophy are onychia (nail inflammation), onycholysis (a loose nail), Onychomadesis (when the nail seperated from the nail bed), and Onychoptosis (repetitive shedding of the nail plate).

Nail dystrophy is, in general, common, difficult to treat unless caught early, and should always be evaluated by a physician. Contact your dermatologist for evaluation and treatment should you suffer from the symptoms of nail dystrophy. 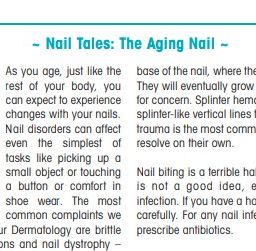 The most common complaints we
see and treat at Contour Dermatology are brittle nails, funguses, infections and nail dystrophy – the yellowing, thickening, ridges and misshapen nail beds of the toes or fingers. 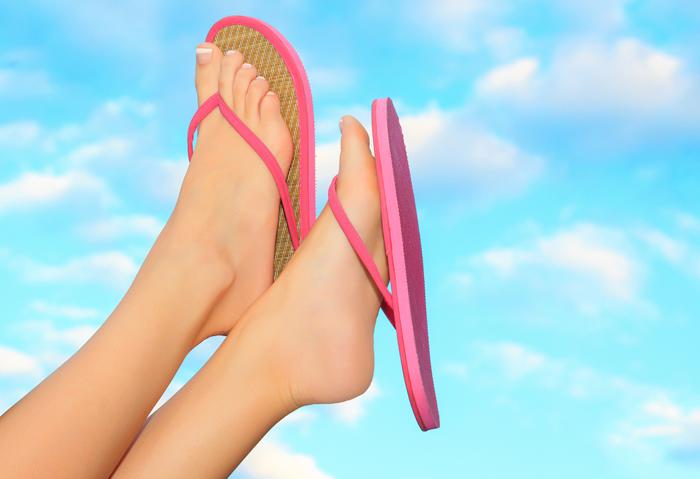 6 Facts You Should Know To Stay Fungus Free

Temps are climbing and everywhere you look tootsies are peeking out from cool summer sandals. If you’ve got yours under…

Women love taking trips to the beauty parlor. Spa days are often a time to relax, a worry free moment… 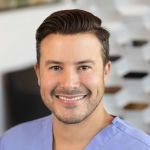 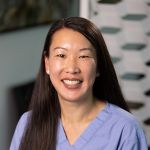 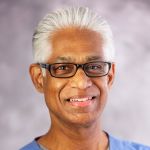 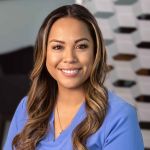 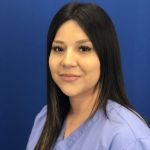 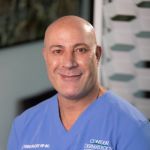